Your plumbing networks lie unobtrusively and quietly behind walls, strapped under floor joists or fixed to ceiling rafters. Plumbing is a supply in and a waste out system- and makes noise coming and going. And there is nothing more annoying than noisy plumbing problems such as water hammering, rattling pipes, and running toilet tanks.

Here is some helpful info for you to store into your memory banks for that moment you get which involves noisy pipes (and you WILL get them);

Water Hammer: The problem may start as minor metallic rattling, but can build to a startling crescendo as though someone is pounding on the pipes with a hammer. Even muffled behind the wall, it can be more alarming than annoying, and in some cases be violent enough to rupture pipe connections and spring leaks.

The problem is pockets of air in the pipes. Instead of a continuous tube of water that flows smoothly, compartments of water separated by air pockets bump along into elbows and other fittings one after another. Hammering can also erupt when the flow is stopped abruptly, for instance, by an automatic valve in a clothes washer cutting off the fill cycle.

To keep air out of pipes replace worn washers in taps that allow air to be siphoned into the system, particularly at older fixtures and taps that drip. Even then, to eliminate hammering you may need to install a gas-filled anti-hammer fitting. Most have a bellows inside a fluid- or gas-filled chamber to cushion abrupt changes in the flow- like a car's shock absorber. 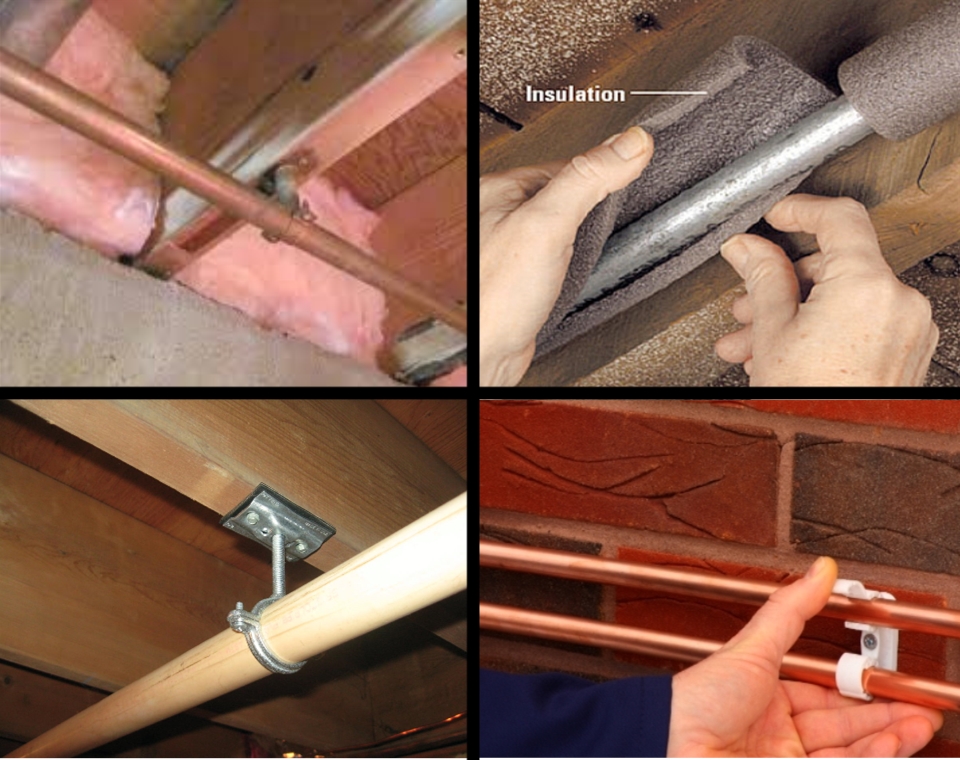 Rattling Pipe: Minor rattling may be caused by a pipe (or pipes) that is missing a fastener. Pipes are rigid but have to be pinned over long runs. To quiet a specific rattle without pulling down an interior wall, drill a small hole and shoot in foam insulation. It's working blind, but as the foam expands and then sets it's likely to surround the pipe and muffle if not eliminate the problem.

The same approach can reduce flushing noise in drain lines run through interior framing. They usually have no insulation because it isn't needed for energy efficiency inside the house. But insulation also dampens sound, and wrapping an insulation sheet  around a drain pipe is an easy extra when walls are open.

To deal with supply pipe noise when lines are exposed, add a hanger or standoff on long runs. If you can easily push a pipe against a joist or stud it could use another support. Where pipes run through holes in framing, eliminate rattling and squeaking by tucking some loose fill insulation or even a small piece of rubber into the hole.

Running Toilet Tanks: Wasting huge amounts of water is the main problem, accompanied by the annoying on-again, off-again noise of filling and draining. The source is almost always the flapper valve between the water tank and the bowl. It's supposed to open fully for flushing, then close tightly.

But if it's fouled by deposits, or even slightly out of alignment, water drains through. Then, as the water level in the tank goes down the refill mechanism kicks in- and around you go. You could try cleaning and adjusting the flapper- or just replace it.

On older units that have a thin metal arm with a float ball at the end, overfilling can cause similar problems. The ball rises as the tank fills, causing the arm to press down and close the filler valve, called a float switch. If it doesn't press hard enough, the valve won't close completely. To fix it, bend the arm down slightly, and replace the ball if it's cracked and waterlogged. 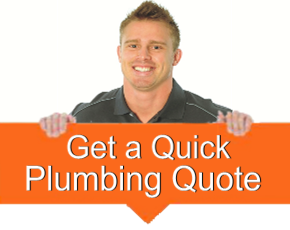 "The men from Central Plumbing were amazing – the first thing that I noticed was how much effort they made to keep my bathroom clean when they were working. Placing bits and pieces onto a collection mat they had brought with them really impressed me. Throughout the entire time they were in my home I felt relaxed and their professionalism provided me with instant confidence in their abilities. They say they like you to refer them on to family and friends and I will certainly be doing that".

© Powered by The Web Team Sitemap